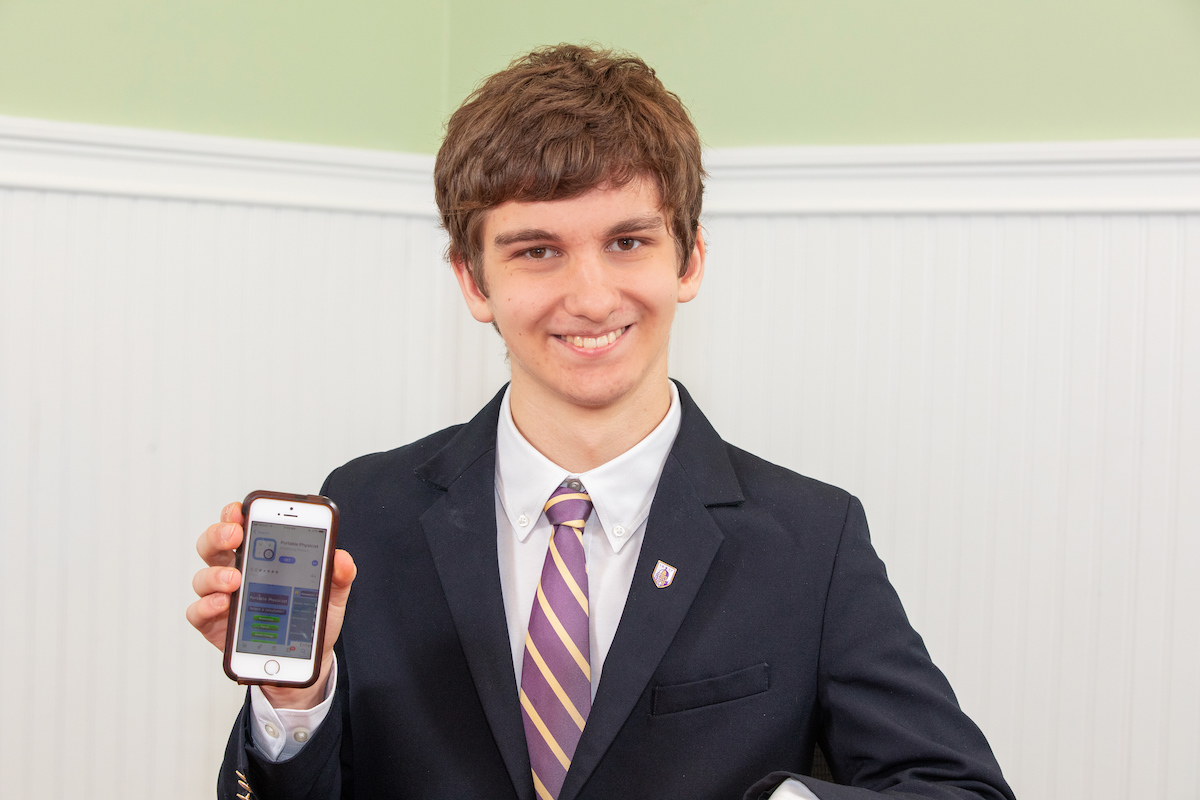 It is solved by living: Portable Physicist
April 19, 2019

For my Entrepreneur Institute capstone, I developed an iOS application called Portable Physicist, a physics tool for students and professors. I originally came up with the app notion after observing one of my friends struggle at Kinematics, a fundamental physics concept that deals with the motion of objects and utilizing several equations. I wanted to design an app to help him calculate the values easily. After I began working on the app, I spoke with other students, and a demand for an overarching Physics app was apparent, so I continued programming features and concepts.

The app includes calculators to save time, practice problems, and an option to show the step-by-step work of any problem or calculation encountered in the app. These features are based around four main physics concepts/equations - Kinematics, Forces, Kinetic Energy, and Gravitational Force, with more being added in the future. In addition, other features include a unit converter, quizzes, and an option to see the equations used to calculate the values in the Physics concepts. All in all, Portable Physicist has something for anyone dealing with Physics, whether it be a professor giving their students a quick quiz or a student viewing the steps to solve a Kinematics problem.

While the coding was largely done on my own, the whole app development process was quite collaborative. I asked fellow Entrepreneur Institute student Francis Del Toro ’19 to design the logo and asked some of my peers and teachers to test the app. After more than a year of programming and testing, the app has finally been released on the App Store. Although it is publicly available, I am far from being finished with it. I hope to be able to work with teachers and students to implement the app in the classroom to better reach physics learners. New equations and functions will be released based on what people want and need the most. Ultimately, I created Portable Physicist for the Perkiomen School community, and therefore plan to continue improving it based on their needs.

The whole journey of my capstone was a challenge for me. As a quiet individual, reaching out to teachers and peers to help me with my app was initially uncomfortable. The prospect of even doing a capstone project was also a challenge for me – I had very little confidence.  However, with the support of my teachers and classmates, I have been pushing through the new terrain, overcoming these hurdles. It is true – working on this capstone allowed me to risk becoming my best.

Luke Deratzou ’19, a day student from Center Valley, Pa., graduated with Entrepreneurial Distinction. The creation of his first app reinforced his desire to take the next step in college to study Computer Science and Software Engineering.  His dream job is a software engineering position at Google or to own his own company.  Luke was a four-year member of the cross country team and competed with Model UN.

I came to Perkiomen from a large public school because I wanted a smaller school where I could have a voice. The community here is very supportive. Joining the Entrepreneur Institute was a unique opportunity I wanted to try. I realized that is what it means to risk becoming your best.   - Luke Deratzou '19