Join the Conversation on
Monday, December 2, 2019

Perkiomen School, a leader in innovative education, invites you to stand up, question, challenge the status quo, and make some noise about what is happening (or not happening) in our schools. Take a courageous step forward in your everyday routine and join us to consider what would happen if we started disrupting education.

For 2019, we are back with a theme that has been in the headlines and affects so many of us: educators, administrators, parents, students, and counselors. 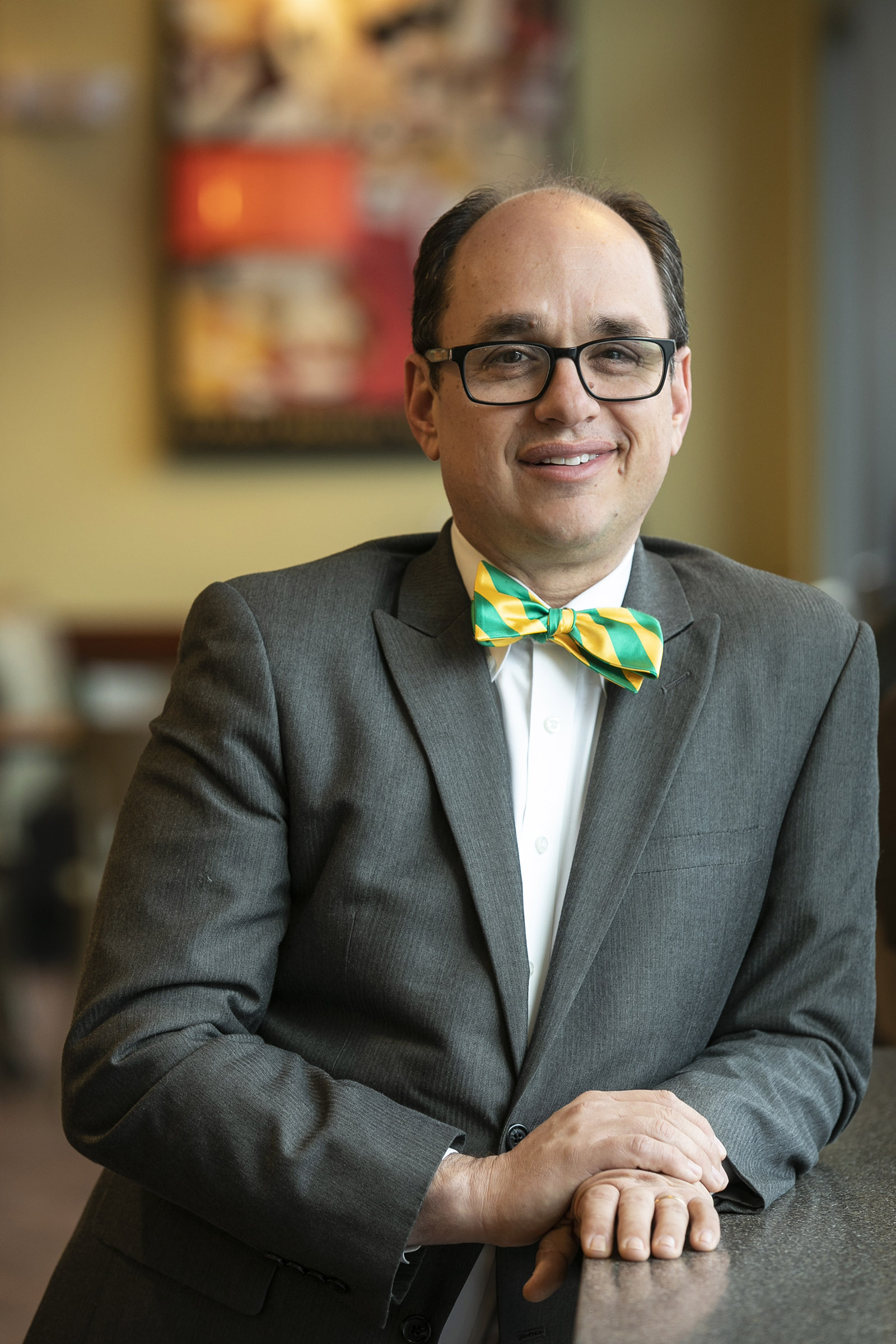 David Burge has served as Vice President for Enrollment Management at George Mason University since July 2015.

Before coming to Mason, he served as Executive Director of Admission Services at Arizona State University and oversaw the execution of new student enrollment strategy for undergraduate and graduate, domestic and international students.

He is a past-president of the National Association for College Admission Counseling (NACAC,) a professional organization of more than 15,000 school counselors and college admission professionals. Prior to serving in the NACAC Presidential Cycle, Mr. Burge served as President of the Great Plains Association for College Admission Counseling, an affiliate of the national organization.

He has recently served on a number of panels/sessions focusing on the role and impact of public higher education – the Social Mobility Symposium, TargetX User Conference, and as the welcome speaker at the annual meeting for NACAC.

A native Kansan, his academic background includes two degrees from the University of Kansas: an undergraduate degree in English Literature and a master’s degree in Educational Policy and Leadership.

Stacey Cunitz, founder and director of Blue Moon Educational Consulting, earned her BA in Literature and Creative Writing from Barnard College, Columbia University. She went on to earn an MA in Secondary English Education at New York University and a Certificate in College Counseling from UCLA. In 2018, she became a Certified Educational Planner.

After earning her degrees, Stacey taught English at Croton-Harmon High School in New York and at The Crefeld School where she taught MK Asante, author of Buck.

Cunitz has been the Director of College Counseling at The Crefeld School since 2005. She is an active member of Independent Educational Consultants Association (IECA), Higher Education Consultants Association (HECA), the National Association of College Admissions Counselors (NACAC), and the Pennsylvania Association of College Admissions Counselors (PACAC), where she has served on various committees over the last ten years. Stacey serves as PACAC’s Chair of the Admissions Practices Committee (2017-2020) which is charged with educating colleges, counselors, and students regarding the nature of ethical standards embraced by NACAC and PACAC. In September 2019, she joined NACAC’s Admissions Practices Committee, as well. Stacey has also volunteered as an application reader for Point Foundation’s scholarships which empowers promising lesbian, gay, bisexual, transgender, and queer students to achieve their full academic and leadership potential.

Cunitz is happily married to Dan, a middle school science teacher, and they are the parents of two teenage daughters. Stacey enjoys knitting, reading, their black standard poodle, and their backyard chickens. She also enjoys visiting colleges and getting to know the unique offerings at each. To date she has visited over 200 colleges and universities, and is always adding more to the list.

Ian Harkness currently serves as Director of College Counseling at Malvern Preparatory School. He graduated from Gettysburg College with a B.A. in History and Political Science. Immediately after graduation, he started a full-time job as an Admissions Counselor at Elmira College in Elmira, NY where he completed his M.S. in Education with a focus on Higher Education issues. In 2006, Ian returned to his alma mater, Gettysburg College where he worked in the Office of Admissions for nearly ten years. His responsibilities included coordinating all admissions communications, college counselor visit programs, recruiting students from 15 states, and assisting with the alumni volunteer program. In 2015, Harkness assumed his current role in the counseling office at Malvern Prep.

Harkness was recently named as Dean of Faculty for the PACAC Summer Institute, a summer program designed as an interactive and intensive 3-day workshop for new admission counselors and secondary school professionals.

He lives in Downingtown with his wife, Kristin, who is a public school Kindergarten teacher and their daughter, Madison. Ian loves the outdoors and spending time at the Harkness cabin in rural northern PA and long-distance backpacking. His most recent trek was 200+ miles from the Irish Sea to the North Sea, coast-to-coast across England.

As vice president for enrollment and dean of admissions at Allegheny College, Cornell LeSane has over 18 years of experience working in higher education.  Prior to Allegheny, he served in a progression of leadership roles at Carnegie Mellon University.  He has developed and overseen the implementation of numerous initiatives designed to foster the mission of the institution and assist students and families in all aspects of college selection and beyond.

LeSane has been active in numerous professional associations (including PACAC, PCHE, NACAC) and in his community, having served on the steering committee for the Pittsburgh Science and Technology School, a magnet school for 6-12 graders; as a committee chair for College Success 101, an outreach program geared toward underrepresented youth in the Pittsburgh area; and as a current member of the Board of Directors for Meadville Medical Center.  He has also participated as a faculty member for programs including the inaugural College Counseling Leadership Institute, College Exploration Experience and College for Every Student.  While at Carnegie Mellon, he received the Andy Award -- named for Andrew Carnegie and Andrew Mellon -- for outstanding commitment to students.

LeSane holds a B.A. in Political Science from Hampton University and a Master of Public Management, Concentration in Leadership in Higher Education, from Carnegie Mellon University.

Getting to Perkiomen School

At Perkiomen School we create possibilities because our community is a celebration of individuals, our space is transformative by design, and our impact is focused on the future. We know that experience is the best teacher and that the challenges of life can only be solved by digging in, taking part, and pushing through.

Our supportive environment enables our students to discover what they need to thrive, become strong self-advocates, stand up for their beliefs, and envision their futures. Each of our students is empowered to make positive change and try new things. Our participatory culture demonstrates both respect for individual affinities and the rewards of engaging within a larger community.

Learn more about how Perkiomen's innovative educational model gives students in grades 6-12 and post-graduates a distinct competitive edge in their academics, careers, and lives by visiting www.perkiomen.org.